EMGoldex is a company that claims to be a precious metals dealer. According to them, you can purchase a membership to gain access to their precious metals products. They say that this will allow them to sell you their inventory at a lower price so you can make your money back.

The company uses a multi-level marketing setup, in which investors need to pay before they're given an opportunity to earn their money back. But are their claims true? Do they offer anything that you can't find with a typical precious metals dealer? Or are they making fraudulent claims? 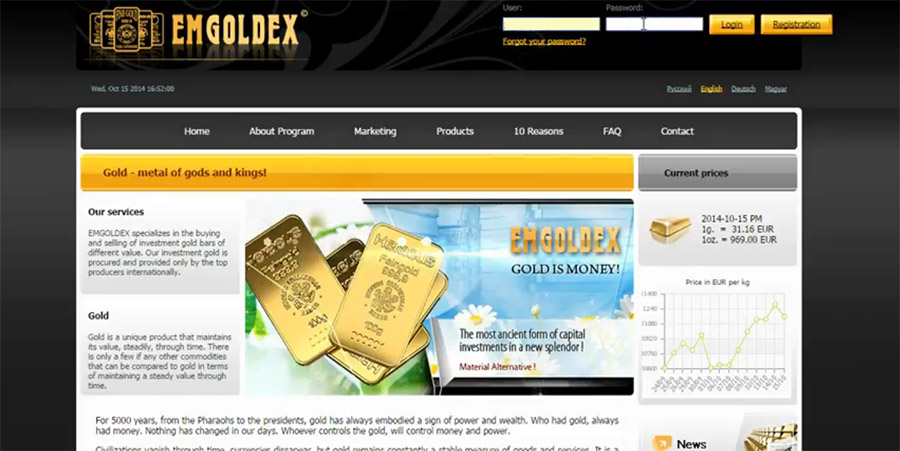 That's a major red flag right away. When a company focuses more on recruitment than on its own products, it runs the risk of being a pyramid scheme. With a pyramid scheme, the majority of the investors never see any financial benefit, because they are on the lowest "rung" of the pyramid.

Another issue with this is that with a good company, there should be a main focus on their product. The product should be solid enough for the company to remain afloat even without constantly recruiting new investors.

Some people have left reviews of EMGoldex that state that they feel as though they were taken advantage of. They said that the company actively discouraged investors from learning about the precious metals industry. Everyone was given the same basic talking points for recruitment, but they were never given answers to their questions about gold and silver.

EMGoldex used to be called Global Intergold. However, when Global Intergold became the subject of international investigations and scrutiny, the company went underground. It rebranded and began selling precious metals again under its new name.

The company's main registration is in Dubai, but they have presences all over the world. They have run into legal trouble in countries like the Philippines, where pyramid schemes are banned. In addition, since their gold is sourced to the Emirates Gold Exchange, it isn't always subject to the level of scrutiny that you get with the US Mint.

Some people have stated that they don't believe the company has enough gold on hand to stay afloat. Instead, they gain the majority of their revenue from the membership fees of investors. In addition, customers have mentioned that the prices of their precious metals are inflated far beyond the typical market spot price at any given time. 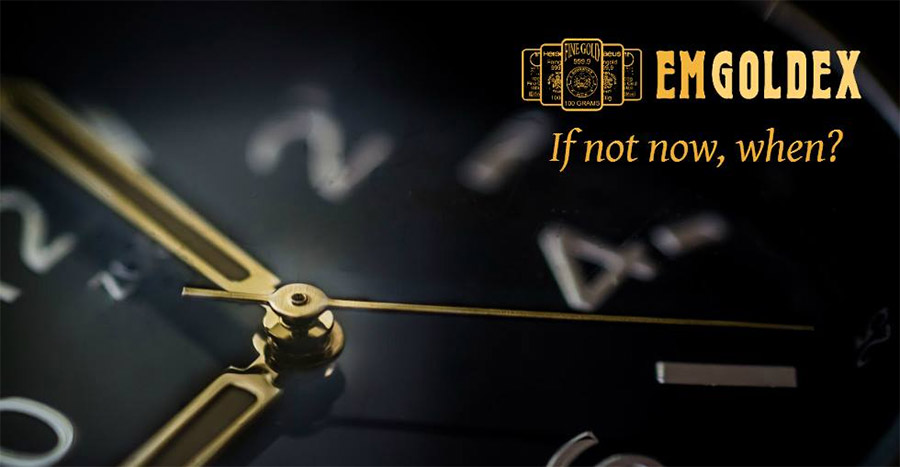 EMGoldex has a very strange setup when compared to traditional precious metals dealers. With a traditional dealer, you simply choose the items that you want and pay for them. Depending on the company, there may be a minimum purchase requirement.

With EMGoldex, the first step is to send the company an order for the number of gold bars that you want. Regardless of which country you're in, the minimum investment requirement is 7,000 euros. That does sound a lot like a traditional dealership, except for this twist: You're making an "initial investment" instead of actually paying for the gold bars.

After the initial investment is made, the company gives you a coupon. This can be used to purchase more precious metals. Your card is worth more than 500 euros. If you choose to invest at a higher tier, you'll need to pay over a thousand euros for the card. Supposedly, this gives you more opportunity to advance in the company.

The cost of the card is considered a subscription fee. When you've paid all of your subscription fees, you'll be able to make your own EMGoldex site. This is where you'll sell precious metals yourself and recruit other members. But don't get too comfortable. You'll have to recruit two people before you have any chance of getting paid, and recruitment is much more lucrative than selling the precious metals anyway.

You can use your coupon to activate a "marketing program," which is what you'll use for recruitment. Even if you've already paid your subscription in full, you won't get anything back until you recruit people. That even goes for those who invest in the higher subscription tier that supposedly has more room for upward mobility.

This is a setup that benefits the people at the top while ensuring that everyone on the bottom is losing their investment. 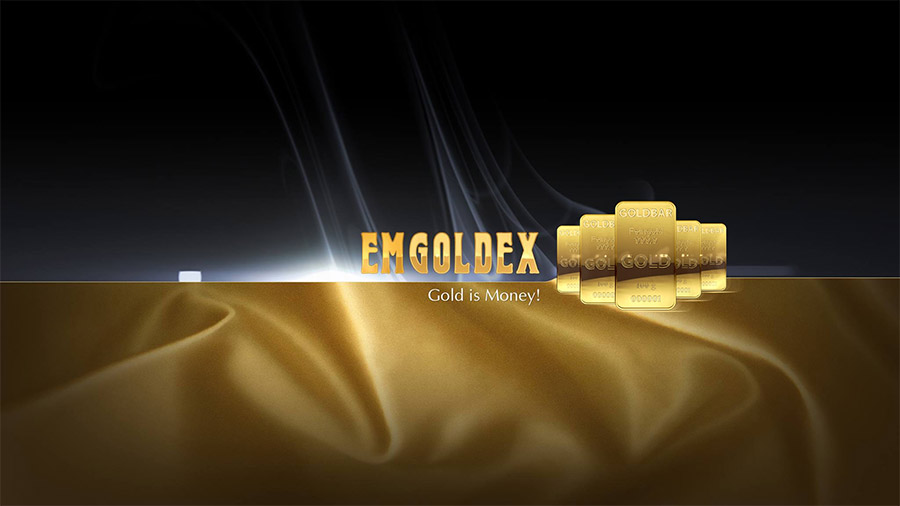 It's difficult to answer the question of whether EMGoldex is a scam. The company does appear to be honest about the services that it offers, and it is transparent about its pricing to buy in. Since the services are not fully dishonest, we can't 100% classify it as a scam.

But some other people might beg to differ. The company has all of the red flags that come with the worst multi-level marketing schemes. It's very difficult to make money selling their products, so people are forced to recruit others if they want to get their investment back.

In addition, some of the company's marketing can be considered misleading. They make it seem like there is no other way to acquire precious metals at the same competitive pricing. But reviews from past customers indicate that they sell their metals at high markups. You can find much cheaper purchases by working with a different dealer, and you won't even have to buy a membership.

It's also very difficult to sell precious metals as part of a multi-level marketing scheme. Any legitimate buyers will be aware that they can get the same products for a lower price elsewhere. Past customers have said that EMGoldex preys upon the ignorance of their customers and tells them not to question anything.

Multi-level marketing companies use such predatory tactics that they have been banned in multiple countries. EMGoldex is not allowed to operate in the Philippines because that country classifies it as a scam.

They have also run into some general trouble with their US operations. The Massachusetts Secretary of State filed civil fraud charges against the company in 2014. This indicates that even if the company's inherent setup isn't a scam, they participated in fraudulent enough tactics to attract the attention of the government.

With the EMGoldex setup, there is no way to make your money back if you only sell precious metals. You aren't even allowed to receive cash payments for your work until you rope in two other investors. In order for a company to qualify as a pyramid scheme, people must be encouraged more to recruit others than to sell the actual company products. It seems that EMGoldex meets those qualifications.

If you want to invest in a multi-level marketing company for some reason, then it's better to work with a company in sectors like health and beauty. Wellness products are very popular for MLMs. It's much harder to find success in a precious metals MLM, because people can look up the exact prices of your products and get them easily without a membership.

Since you can only receive payments after you've recruited two more investors, any money you make will be at the expense of other people.

And if you want to invest in precious metals, there are many companies that will make the entire process easy. You'll know that you're working with a trustworthy company because they will make an effort to educate you, rather than confusing you and keeping you in the dark.

EMGoldex might seem like a prestigious precious metals dealer, but it's not a good company to invest with. There isn't a single redeeming quality about the setup. If you want precious metals, you can get them elsewhere for a much lower price. If you want to own your own business, this is not the way to do it.

EMGoldex has all the hallmark traits of a pyramid scheme. With some multi-level marketing companies, you can still make money if you don't recruit people. But no matter how many precious metals you sell for this company, you can't get any payouts until you recruit two more investors.

The company has been banned in countries like the Philippines for its pyramid scheme tactics. It has also been the subject of civil fraud charges in the US, indicating that it used fraudulent business practices to pull in investors.

As a general rule, if a company requires you to purchase a "membership" before letting you buy precious metals, it's often not the best place to invest. The majority of legitimate precious metals dealers make it easy for individuals to make purchases. These dealers will also help to educate you about the market and teach you how to make the smartest investment decisions for yourself.

Overall, you shouldn't work with EMGoldex. The company might talk a big game, but there's nothing to truly show for it.