As a business owner, you have no intention of starting a new year with the hope of stagnating or tanking in the months ahead, right? And yet, given the state of our economy, you might be struggling with doubt and hesitance.

We get it. We are staring in the face of …

Ouch. All signs seem to be pointing to economic defeat. Those factors make you either sit still, hold tightly to your wallet, and do nothing, or grab the bull by the horns and take full advantage of every opportunity.

Why not be the person who seizes every opportunity? Grant Cardone’s Unbreakable Business Challenge will show you an effective framework for producing exponential growth in your sales and profits during times of crisis.

What to Expect from the Unbreakable Business Challenge of 2023

This is not a challenge full of fluff that will waste your time. You can expect to learn 5 simple and actionable steps that you can take immediately.

There are steps you can take immediately to build a stable barrier around your business. These steps will enable you to not only stand firm but to move onward and upward in strength and confidence.

He will give you eyes to see the opportunities that others are blind to. You want gold and Grant Cardone has the tools to find it.

But don’t just take our word for it. Get to know the man behind the plan! 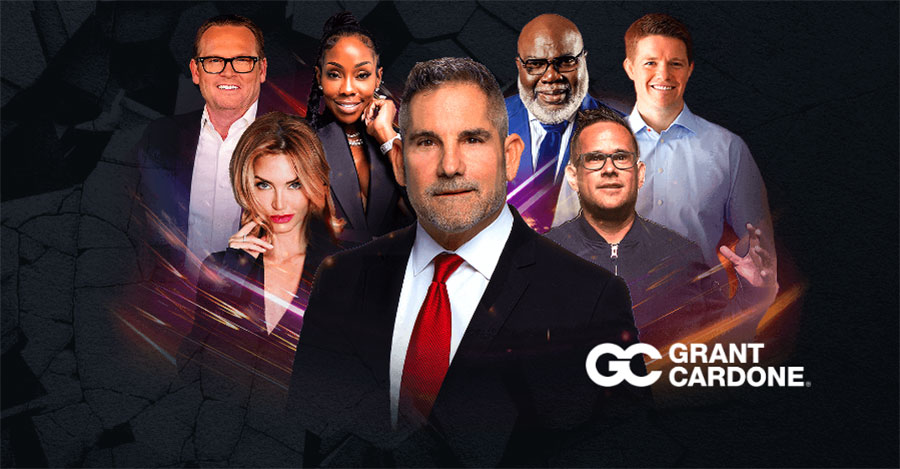 This is Grant Cardone ...

American entrepreneur, New York Times best-selling author, sales trainer, and motivational speaker. Grant has written multiple books on sales, leadership, and personal finance and has been featured in Forbes, The Wall Street Journal, CNBC Make It, Entrepreneur, and many other publications.

Grand was born in 1958 to a family of entrepreneurs in Lake Charles, Louisiana and started his career in sales at the age of twenty-three. He swiftly ascended the ladder of success, eventually becoming a top-level executive and multi-millionaire.

Cardone is fiercely driven to teach others how to build wealth and achieve success. This is his hope for you, too. He has developed several seminars and workshops on topics such as sales, motivation, marketing, business management, and personal success.

If you want online coaching and mentoring services, Grant is available to help you achieve your goals. In addition, he is the founder of Grant Cardone Enterprises and the 10X Movement, a platform designed to help you break through glass ceilings.

Thanks to Cardone’s insights into the world of business, he is now one of the most sought-after speakers in the world. He has spoken at events hosted by Google, Microsoft, Oracle, and IBM, as well as several other Fortune 500 companies.

You will also find that Grant Cardone has been featured on The New York Times’s best-seller list for his book The 10X Rule, which details how individuals can increase their success rates tenfold through hustle and determination. His other books, including Sell or Be Sold and Be Obsessed or Be Average, have also been widely successful.

Cardone has earned numerous awards and accolades throughout his career. He was named #1 of the “25 Marketing Influencers to Watch in 2017” by Forbes and was an honorary inductee into the National Speaker Hall of Fame (CPAE) in 2020.

He regularly appears on national television shows, including Fox News, CNN, and MSNBC, as well as international media outlets such as RTL Germany and Sky Italy. Cardone is also a proud supporter of numerous charities and has created his own scholarship program for students interested in pursuing a career in sales.

Today, Cardone resides in Miami Beach, Florida with his wife and two children. He wants to teach and mentor on how you can succeed in business and life. His message is clear: If you have the desire, you can achieve anything! 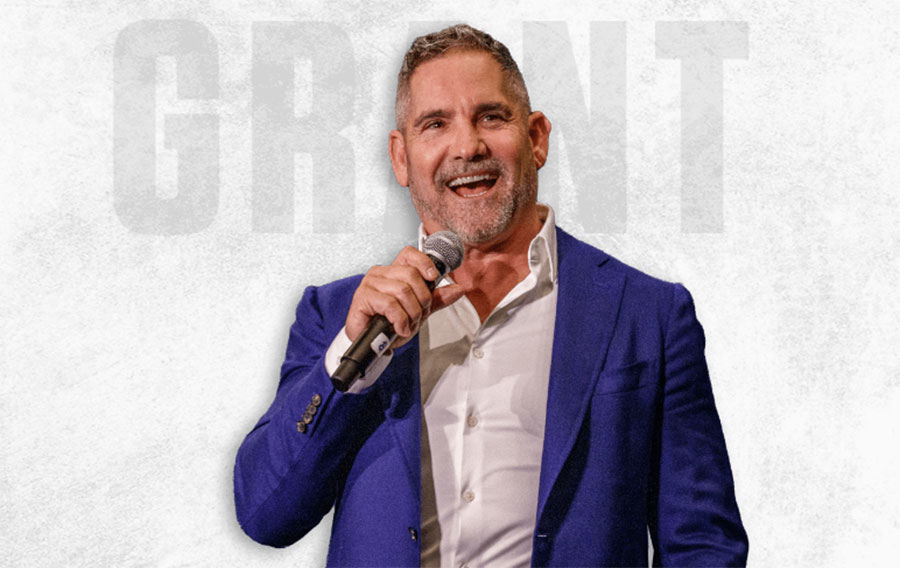 Now that you have the gist of who Grant Cardone is and realize he must know a thing or two about building multi-million dollar businesses, let’s discuss what everyone is talking about—the Unbreakable Business Challenge 2023. Is it any good, or is it just a bandwagon that everyone is blindly jumping on?

Let’s start with reviews from some entrepreneurs who have attended a previous Unbreakable Business Challenge and how it impacted their business endeavors.

As you can see, Grant’s clients have quite a few positive things to say about this challenge! And here is a detailed breakdown of the challenge coming from their personal experiences and how it panned out. 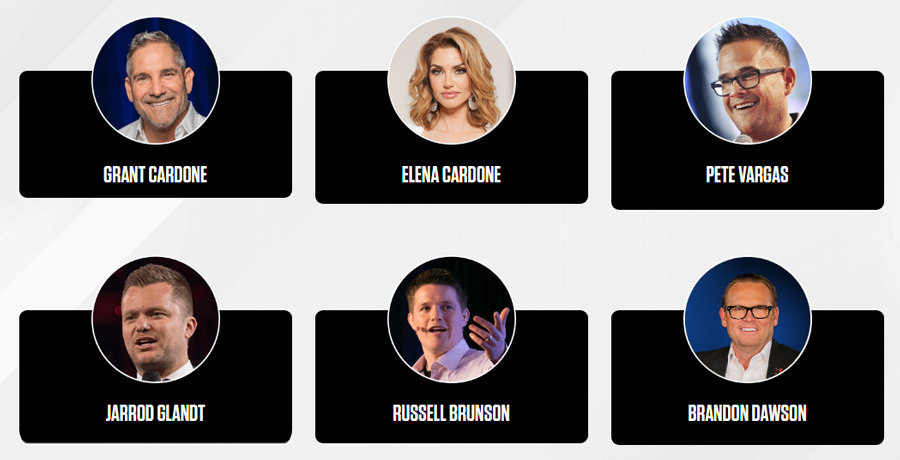 The challenge consists of five days. This is how it’s listed on the official challenge page:

Lay the right groundwork to create your Unbreakable Business

How to dominate your market and eliminate the competition

Communication is everything in business and life - Dominate your messaging

As you can see, five days have been deliberately divided among four main fields where businesses struggle, i.e. marketing, communication, sales, and scaling.

Now, we’ll tell you how Cardone defines these terms.

Unbreakable Marketing is a term used by Cardone to describe an approach to managing a business’s online presence that is designed to be highly resilient in the face of external changes, such as economic downturns, technological advancements, and competition. By utilizing this approach, businesses can ensure they remain competitive in an ever-evolving digital environment.

Unbreakable Communication is something that all businesses strive for, but the reality is that it can be incredibly difficult to achieve. To facilitate this, a variety of methods and technologies have been developed by Cardone over the years to make sure that communication remains as consistent and secure as possible. With Unbreakable Communication, information exchange between two or more parties can be carried out effortlessly and without interruption.

Unbreakable Sales is a unique approach to sales and marketing by Grant Cardone that goes beyond traditional methods. By using the Unbreakable Sales model, businesses can maintain consistent results while protecting their bottom line.

At its core, Unbreakable Sales is based on the idea that a company's sales should never stop no matter what external forces affect it. This is accomplished by focusing on customer relationships, building trust with clients, and providing exceptional quality service. A key element of Unbreakable Sales is understanding the needs of customers before committing to a sale.

Unbreakable Scaling is a revolutionary new system that can help companies scale their operations with unprecedented speed and agility. It allows organizations to create, manage, and optimize their products, services, and processes with an adaptive approach. This gives them the ability to quickly identify opportunities for growth, increase efficiency, and save time and money.

Unbreakable Business Challenge is not for Tire Kickers 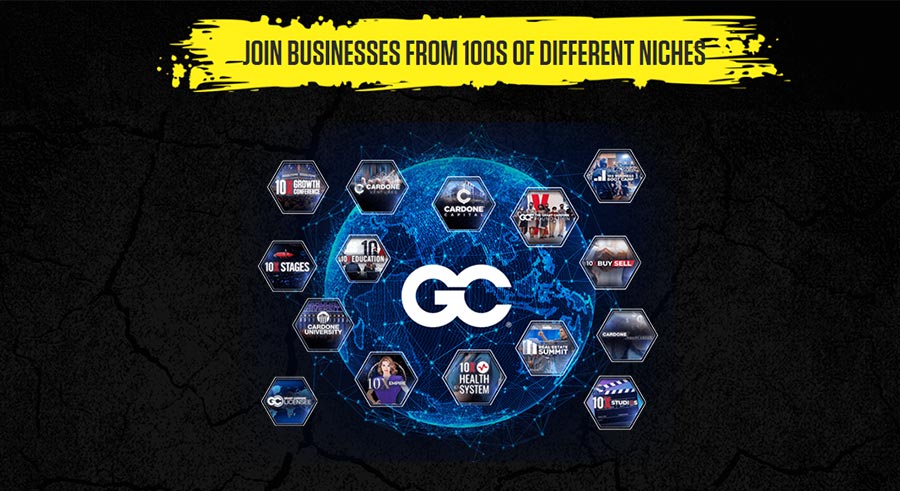 This is one thing you can be certain of for the Unbreakable Business Challenge 2023: IT IS NOT FOR TIRE KICKERS. YOU HAVE TO BE COMPLETELY IN IT OR TOTALLY OUT OF IT. THERE IS NO THIRD WAY.

There are a number of reasons why this business challenge is for someone other than tire kickers.

First, it requires a certain level of commitment and dedication to achieve the desired goals. It’s only suited for those individuals who are looking to make a long-term investment in their success.

Second, it calls for strategic planning, innovative problem-solving, and a willingness to take risks.

Third, it requires an innovative approach to building relationships with customers and industry leaders, as well as the ability to stay on top of industry trends.

Ultimately, this type of challenge is not for those who are just looking for a quick fix or easy solution. It demands dedication and hard work. After all, you wouldn’t want to fly with a pilot who “kind of knows” how to fly, right? And just like that, this challenge doesn’t welcome you if you are only “kind of” in it.

It Won’t Make You a Millionaire Overnight. 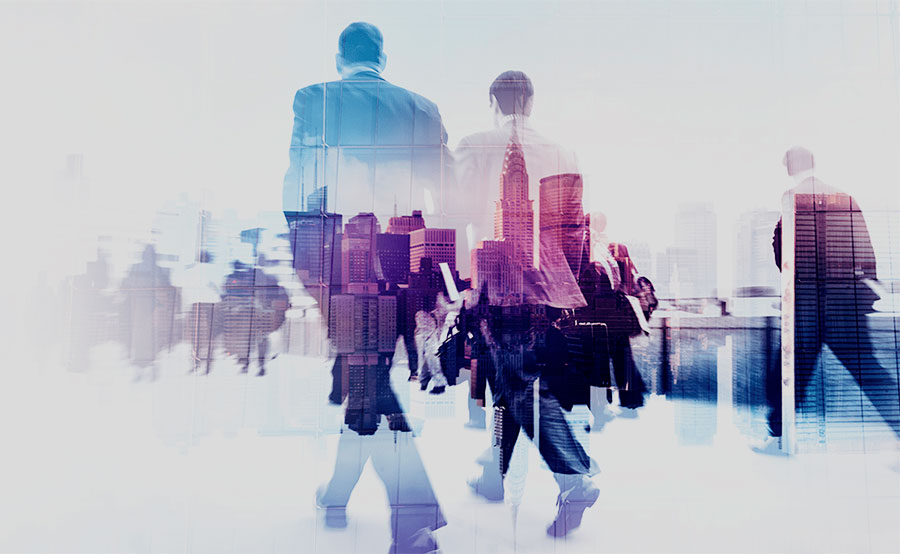 Running a business is no easy feat, and attending Unbreakable Business Challenge 2023 certainly won’t make you a millionaire overnight. It takes time, dedication, and hard work to turn an idea into a successful company. The reality of the situation is that even if you have the best idea or product in the world, it won't automatically translate to financial success. You have to put in the time and effort to ensure your business is successful.

However, you can be assured of this: You will get all the required techniques that you’ve been missing in terms of scaling your business, increasing sales, and improving your marketing.

Now Is the Time to Recession-Proof Your Business - The Bonus

Let’s be clear. It’s pretty undeniable that things are getting hairy when you see the world’s Central Banks all coming to the same conclusion. For the first time in twenty years, the banks know that it’s all about to hit the fan. They are on the verge of collapse.

So, we have a choice—you have a choice. You can wish and hope that the banks will pull it together and play the hero (but if you know your history, that’s a very slim chance), or you can do what it takes to not merely survive an economic downturn but to thrive.

You won’t be taken by surprise when the full force of the recession hits. And it is hitting. The writing is on the wall. By the close of 2022 …

When things were good, these heavy hitters were at the top of their game. But the game is changing and they are no longer swinging for the fences. If the big guns are taking a hit, it could happen to anyone … Anyone who hasn’t built an unbreakable business, that is.

Those people, people just like you, used the pandemic to grow and succeed. As a matter of fact, 493 people joined The World’s Billionaires list by Forbes. And Wall Street experts have predicted an explosion of new millionaires in the midst of this economic crisis.

Does that sound like doom and gloom? No. Absolutely not.

Guess what? Within a couple of years, we will see an astounding 40% more millionaires.

Who says that YOU won’t be one of them? Who says YOU can’t be a millionaire?

So, here’s the question: What do you need to do to turn bad times to your advantage as you watch others shrink back in fear?

When times are changing, you must change. As the economy shifts, you must shift.

So, again, you are facing 2 Choices:

#2 Change. Implement a NEW approach to how you run your business.

If you want to eliminate financial worries from your day-to-day life, #2 is your only choice. This is how you skip right over your competitors and magnify your income.

You are in luck. That’s precisely what Grant Cardone is going to show you during the 2023 FREE 5-Day Unbreakable Business Challenge.

So, what are you waiting for? Register now!